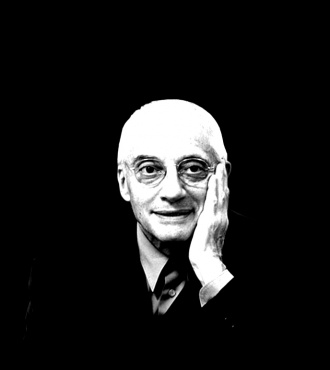 The architect Alessandro Mendini was born in Milan in 1931. He was the editor-in-chief of the magazines Casabella, Modo and Domus. His work and the work he produced with his groups has been the subject of a number of monographs published in different languages. Together with his brother Francesco, he runs a design Atelier in Milan. He has received three Compasso d'Oro design awards. In France, he is a Chevalier des Arts et des Lettres. He has been honored by the Architectural League of New York. He has received four honorary degrees from universities in Milan, Paris, Wroclaw (Poland) and Seoul (South Korea). His work is found in museums and private collections around the world. In Chicago, he received the 2014 European Prize for Architecture. In Barcelona, he is Mestre de Design de la Cataluña. In Cologne, he has just received the 2017 Architektur und Wohnen Designer of the Year Award.

Alessandro and Francesco Mendini opened Atelier Mendini in Milan in 1989. The Atelier's work includes the Alessi factory and offices, and the Museo del Casalingo in Omegna, Piedmont; the Olympic pool in Trieste; the restoration of the City Hall in Naples; the Trend Group offices in Vicenza; the rehabilitation of an industrial zone with mixed-use buildings in Bovisa, Milan; a tower in Hiroshima, Japan; the Groninger Museum in The Netherlands; a neighborhood in Lugano, Switzerland; the Madsack office building in Hanover; a commercial building in Lörrach, Germany; the Far-East Triennale building in Incheon, South Seoul, currently the headquarters of a television channel; the Posco residential buildings in Seoul; the Observatory Tower in Suncheon; and the high-speed train terminal in Gwangju, South Korea. Atelier Mendini received the 2003 Gold Medal of Italian Architecture at the Triennale di Milano for the design of the subway stations in Naples. It received the 2006 Villegiature Award in Paris for the Byblos Art Hotel in Verona, in the category "Best Hotel Architecture and Interior Design in Europe”.