Martino Gamper
Putting the accent back on workmanship and invention, Martino Gamper has invented “Gamperana Triplex,” a new type of wood that does not exist in nature. The phase of cutting of the ALPI log becomes part of the designer’s creative process, in which he has interpreted the material in a gradual way. The result is a geometric texture that plays with the juxtaposition of natural tones and chromatic accents, in three variant of the same design organized as a set of three different veneers. The same pattern comes alive through different interpretations, like a subject observed from three different vantage points. 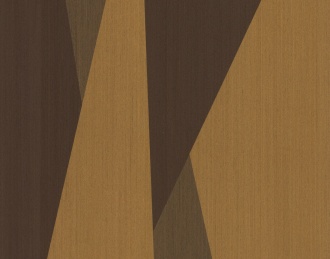