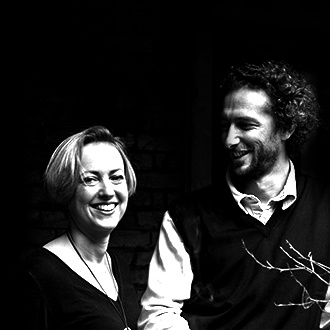 MAP Studio is an architectural agency founded in Venice in 2004 by Francesco Magnani and Traudy Pelzel. MAP Studio deals with architecture and town planning projects, feasibility study, restoration of existing building, realization of new buildings, both public and private. Among the most important works of MAP Studio we mention: the Restoration of Porta Nuova Tower at Venice Arsenale (2006-2011), which has been awarded Pietro Torta Award 2011 and Piranesi Honorable Mention 2011 at Piran days of Architecture (Slo). In the 2013 this work was nominee at the European Union Prize for Contemporary Architecture - Mies van der Rohe Award. The restoration of a Farmhouse in Ferrara (2006-2012), in the 2015 this project was finalist at Italian Architecture Gold Medal Award; the Tramway Terminal in Venice that was finalist at Big Mat International Architecture Award on 2017. The museum set up of the Hydrodynamics Power Station and the Power Converter Substation of the Port Museum of Trieste (2012-2014); an office building in Bologna is currently nearing completed. In 2014 MAP Studio was a finalist at the BSI Architectural Award and in 2016 MAP Studio was invited to exhibit a work at the Summer Exhibition of the Royal Academy of Arts in London. In 2018 MAP Studio participated at Vatican Chapels, the first pavilion of the Holy See at the 16th Venice Biennale of Architecture with the Asplund Pavilion, project hosting drawings and plastics by Gunnar Asplud for the Woodland Chapel in Stockholm. Asplund Pavilion is a finalist in the Surface Design Award 2019. In 2018, MAP Studio won the Italian Architect 2018 Award of the CNAPP. MAP Studio´s projects were awarded mentions and prizes and they were published in international architectural magazines such as Casabella, Die Bawelt, AMC Interieurs, Edilizia e Territorio, BOB International Magazine of Space Design.